[Description]: The new year is now underway and the Fall season is over which means it’s time to look forward to the upcoming Winter season and see what’s in store. For the most part, I’ll be discussing the shows that appealed to me or that I think look promising however I may touch upon a few anime outside of this criteria and explain their potential issues. The upcoming season can probably best be characterized by its large number of returning sequel shows. Compared to several of the more recent seasons of anime, Winter 2017 seems to be lacking at face-value but I’ll be looking to be pleasantly surprised all the same.

Starting things off, we have a project from studio Madhouse and one of the most promising shows of the upcoming season. ACCA 13 revolves around an organization known as ACCA which monitors various state-based agencies spanning across the kingdom of Dowa. The protagonist, Jean Otis, is the second-in-command of the inspection agency that manages the kingdom’s districts and personnel. While the premise leaves a lot up in the air as to what exactly this show will be about, Madhouse’s creative team presents an intrigue all their own. The original manga is by Ono Natsume whose other adapted works include Saraiya Goyou and Ristorante Paradiso. Possibly the most exciting creative presence on the team is director Natsume Shingo of recent One Punch Man and Space Dandy renown. Suzuki Tomohiro, who worked alongside Natsume on One Punch Man will be handling the series composition. Typically speaking, if you’re looking for a great manga adaptation, then Madhouse is the studio to look to and so ACCA 13 has been set up with all the tools it needs to succeed.

Normally an action show which revolves around the concept of stripping off the enemy’s clothing in order to win wouldn’t catch my attention but maybe Akiba’s Trip is a case where its execution will be just ridiculous enough to be entertaining. The creative staff doesn’t seem all that promising given that studio Gonzo hasn’t produced anything remarkable in years and director Ikehata Hiroshi‘s previous projects include Robot Girls Z and Sore ga Seiyuu!. He did admittedly direct two episodes of Flip Flappers this past season however. At its best, I can imagine Akiba’s Trip being an over-the-top and energetic show with occasional bursts of creative animation however the threat of gratuitous fan-service and a lackluster cast and story remains present. This might be worth investigating for an episode or two but my hopes aren’t particularly high given the show’s premise.

Over 5-years later, a sequel series arrives for A-1 Pictures’ Ao no Exorcist. The first series had a relatively unimpressive run after it diverged from its source material in exchange for an anime-only ending however, as far as I am aware, the sequel series looks to set the show back almost 10 episodes in order to re-adapt its story more loyally. This new installment exchanges the show’s previous director for Hatsumi Kouichi who previously worked on Manglobe’s Deadman Wonderland and Gangsta. Sawano Hiroyuki makes a return as the show’s composer. Hopefully the sequel’s fresh attempt at adapting the story is a more successful one given the show’s now updated visuals and change in creative staff.

Doga Kobo always presents such a distinct and energetic style of animation with their projects and despite their lackluster shows, I usually at least take a look at what they’ve got going on every season. Gabriel DropOut is a comedy show about an Angel named Gabriel White who begins attending school on Earth however soon afterwards begins skipping classes in order to laze around and play video games. Looking at the staff, Gabriel DropOut is shaping up to be a pretty quintessential Doga Kobo show. It is directed by Oota Masahiko who previously directed Himouto! Umaru-chan, Love Lab, Yuru Yuri. The voice cast features veteran Hanazawa Kana alongside 3 other lead voice actresses of lesser renown. At face-value, it seems pretty uninspired and predictably cute but sometimes these kinds of shows can still pack a surprise. That being said, I think  Gabriel DropOut will have a hard time rising above the other shows in its same genre and making anything memorable of itself.

Hand Shakers is an original anime from studio Go Hands whose blend of 2D and 3D artwork visually sets their work apart but not necessarily for the better. The visuals and production staff have a number of similarities with Go Hands’ other show: K and they share the same director in Suzuki Shingo. The premise of Hand Shakers involves a battle royal between different pairs of people capable of drawing forth ‘Nimrodes’ – weapons created from their psyche. The visuals look pretty garish and the run of the mill premise and meaningless fan-service set this show up to be pretty bad. Frankly speaking, it might be bad enough to be good but in all likelihood it will avoid that as well. If you enjoyed K project this might be worth taking a look at.

Always a studio to be on the look out for – Kyoto Animation’s newest project looks almost unrecognizable in comparison to their traditional aesthetic style. Kobayashi-san is a comedy which revolves around the day to day relationship between Kobayashi, an ordinary office worker, and Tooru, a dragon who becomes indebted to her and endeavors to repay her kindness by becoming by becoming her roommate. The anime is based on a manga by Cool-kyou Shinja whose style you might recognize from their recently adapted show: I Can’t Understand what my Husband is Saying. Kobayashi-san features director Takemoto Yasuhiro whose work includes Amagi Brilliant Park, Hyouka, and Lucky Star as well as the music of composer Itou Masumi. Like Madhouse, Kyoto Animation is traditionally a great studio to bet on each season and the staff seems capable of producing something fun and entertaining at the very least.

At long last, our favorite party of dysfunctional heroes embark on a new quest in KonoSuba season 2. The creative staff remains largely the same in the new series and features all the same fantastic seiyuu that brought such distinct life to the characters in the previous season. One of the best comedy shows of the last year, the story of Kazuma and his idiotic band of friends being trapped in a fantasy world ought to be just as fun and ridiculous as ever. If it maintains the comedic strength of its predecessor, KonoSuba season 2 will likely be one of the better shows this season.

Kuzu no Honkai is an upcoming anime from studio Lerche based on a manga by the same name. The story is about two teenagers who, on the surface, appear to be the perfect couple however they each are secretly in love with one of their respective teachers. They begin dating each other in order to help cope with their loneliness. Romantic dramas are often some of the most difficult shows to execute well and the premise seems to aggressively threaten melodrama however Kuzu no Honkai has a few things going for it that might mean otherwise. Director Andou Masaomi certainly shows some promise after directing the very visually compelling Gakkougurashi! and is more than up to the task of a romantic drama having previously directed White Album 2. The music is composed by Yokoyama Masaru who just recently produced a fantastic soundtrack for Occultic;Nine and similarly has some history with this genre in Shigatsu wa Kimi no Uso and Kokoro ga Sakebitagatterunda. If Kuzu no Honkai can avoid its weighty potential for melodrama, then it might just turn out to be something memorable.

For those who aren’t familiar with Trigger’s Little Witch Academia, the anime originally premiered as a 30-minute short back in 2013. Then, 2 years later, Little Witch Academia: Mahoujikake no Parade was released as a sequel installment, almost doubling the original short’s length at a 53-minute run time. Both shows were immensely fun and creative and now Little Witch Academia looks to bring its characters and story to a full-fledged, 12-episode TV-series. The show itself centers around Atsuko Kagari, an aspiring witch, who enrolls in Luna Nova Magical Academy and experiences various, magical misadventures with her friends Lotte and Sucy. Animator Yoshinari You (Tengen Toppa Gurren Lagann, Kill la Kill, Top wo Nerae 2! Diebuster) originally made his directing debut with the Little Witch Academia shorts and will continue to direct this new TV anime. Renowned for its imagination, stunning artwork, and animation, whether it can live up to the production values of its predecessors or not, Little Witch Academia presents one of the most promising and fun-filled anime of the entire season.

Renowned producer and co-founder of studio Madhouse, Maruyama Masao most recently founded studio M2 after establishing studio MAPPA earlier in 2011. Onihei is studio M2’s first project and is a historical drama which takes place in Edo-period Japan in 1783. The show details the various confrontations of Hasegawa Heizo, the chief policeman in charge of stopping arson and theft who became feared and renowned as ‘Heizo the devil’. For the time being, there isn’t much else to go on. Director Miya Shigeyuki has previously proven his ability to tackle atmospheric, historical dramas through his work in episodes 7 and 8 of Aoi Bungaku though his other titles such as Blood Lad and Bokura wa Minna Kawaisou might bring this ability into question. The music is provided by Tanaka Kouhei who has a very extensive body of work, the best of which likely being One Piece, Hyouka, and Top wo Nerae 2! Diebuster.

One year after its previous airing, one of the single strongest shows of 2016 and of the past several years makes its return this Winter season. The series concerns the art form of Rakugo and the lives of the people who attempt to keep that cultural style of storytelling alive. After journeying into the past through the story of Kikuhiko and Sukeroku, Shouwa Genroku Rakugo Shinjuu turns its attention towards the future in order to tell the new tale of Yotarou. The show is still being handled by Studio Deen. It’s hard to say where this new story will take these familiar characters however if the outstanding drama, art-direction, and character dialogue of the previous season is anything to judge by, this sequel series could very well be the best anime of the Winter season. 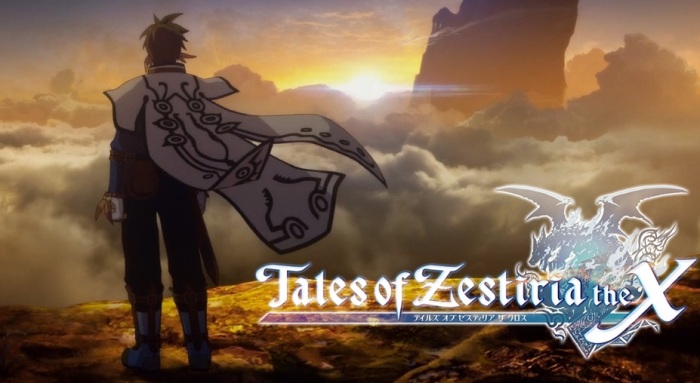 Tales of Zestiria makes a return this season in order to further progress the heroic journey of Sorey and his allies. When it comes to grand and spectacular visuals, ufotable rarely disappoints and boasts a truly unparalleled digital effects team. This second season of the show seems to stand a far better chance at impressing its viewers after the previous season dawdled during its introduction. With its adventure already underway and a slightly more definitive goal in place, this new installment presents some hope that ufotable will be able to augment its fantastic visuals with a more compelling story.

So in summary, the shows that I anticipate performing the best going into this new season are: 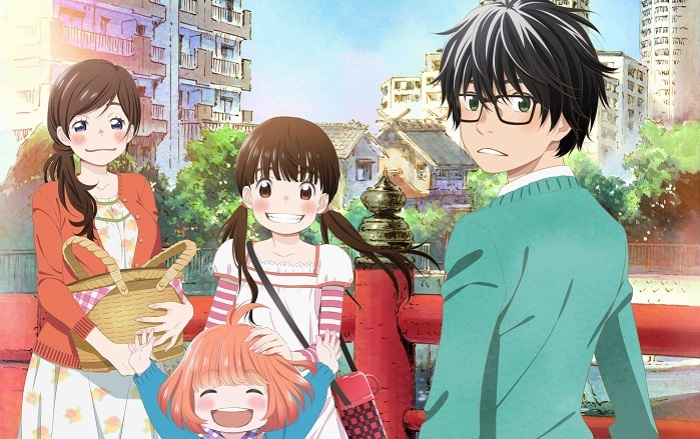 And that’s it for what I have to say about the upcoming Winter season. I didn’t get to talk about as many new shows as I wanted to but there are so many darn sequels. Don’t forget to check out the upcoming shows yourselves and see what else is out there as I haven’t covered anywhere close to everything – though hopefully I’ve highlighted some of the best. A friendly reminder that 3-gatsu no Lion will also still be airing this next season and if you aren’t already watching it then I highly suggest that you do so.

I hope everyone finds this insight beneficial and I’d love to hear what shows you’re all most looking forward to.